The Grace Hopper Celebration of Women in Computing is the world’s largest gathering of women technologists. This year, Facebook wanted to showcase their family of brands and their mission to bring the globe closer together to the 18,000 females in attendance.  Clive were delighted to be chosen to help them deliver the event in 2017. 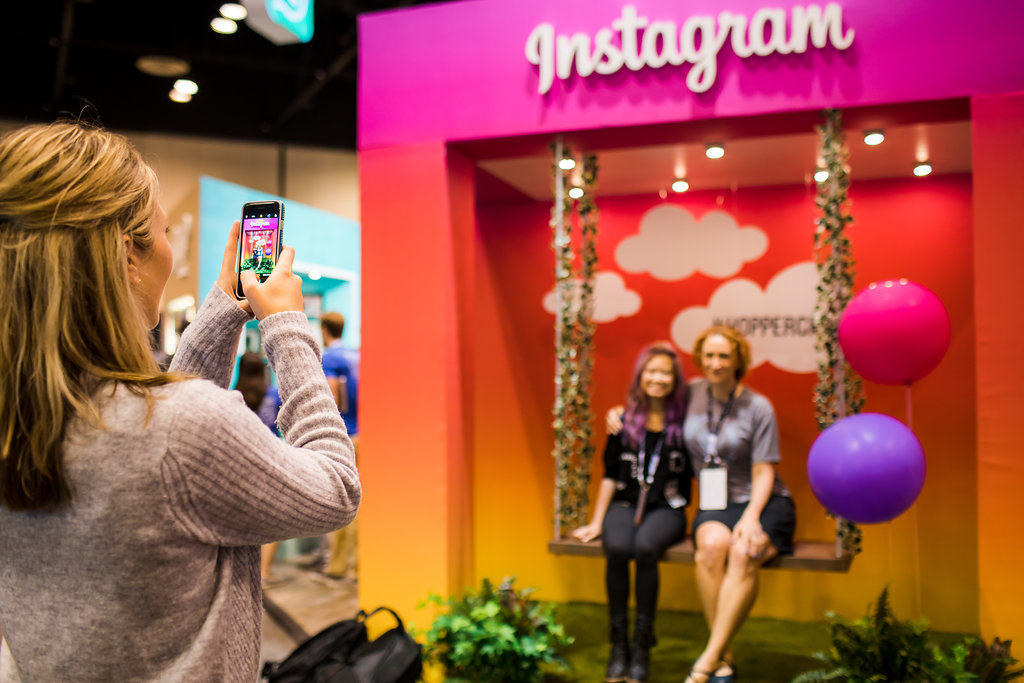 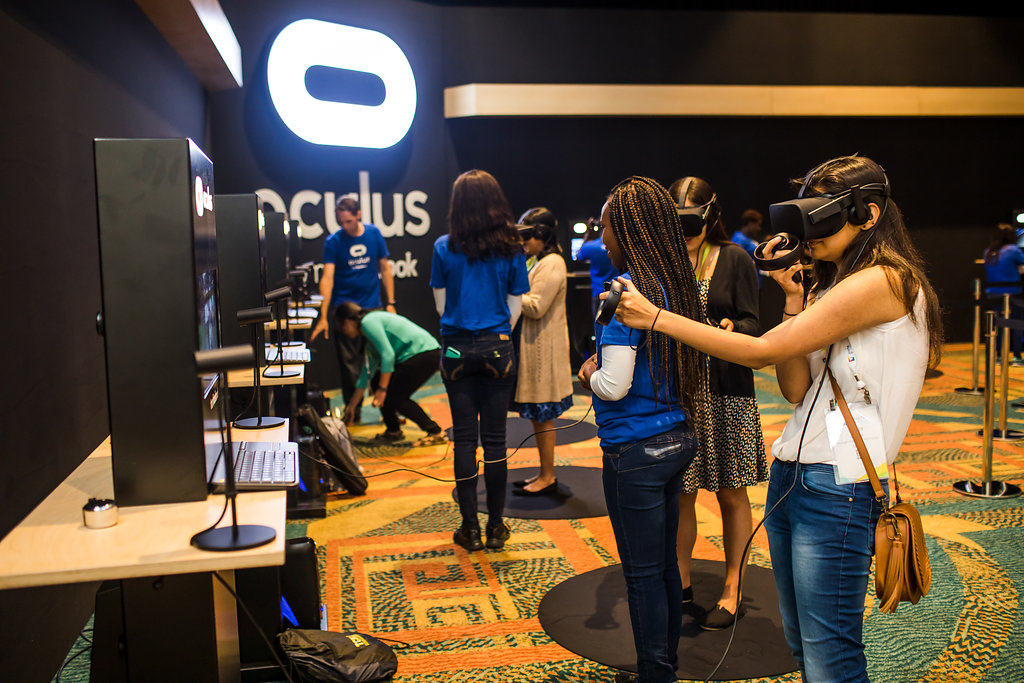 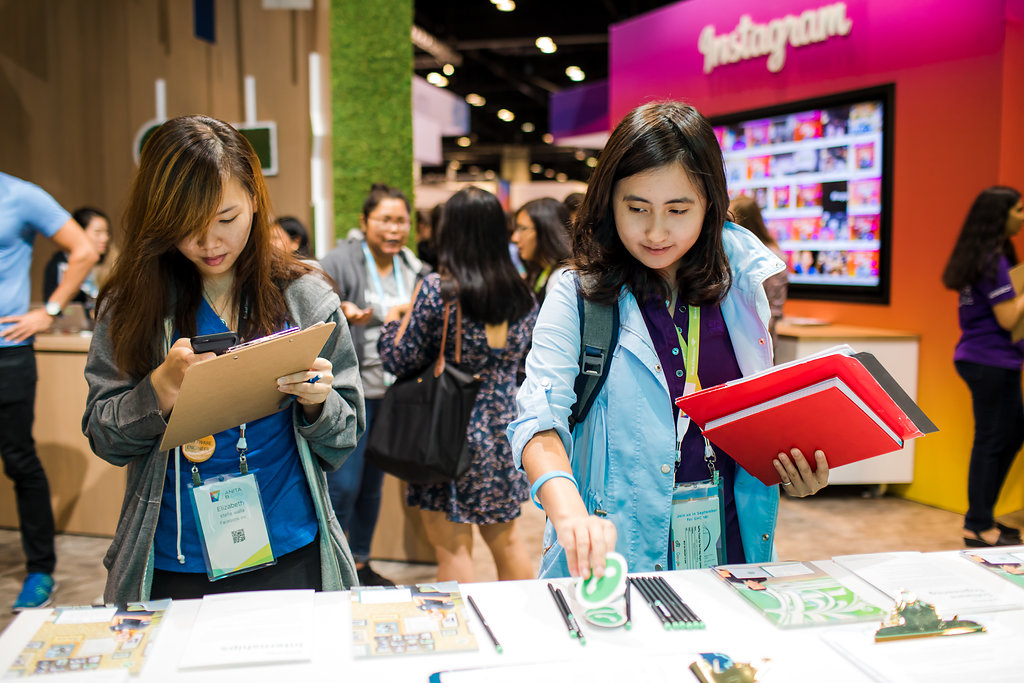 First held in 1994 and named after a pioneering computer scientist, Grace Hopper, the annual convention is a hive of networking, panel discussions, interviews, and socialising. It took place this year in one of the world’s largest exhibition halls; the Orange County Convention Centre, in Orlando, Florida, which meant we had to make sure they really stood out from the crowd.

After many months of planning and preparation, we created a booth to showcase the Facebook, Instagram, WhatsApp and Oculus brands. With such distinctive and recognisable brands on one stand, we designed a creative response which gave coherency in build design whilst allowing each to have their own identity in their zone.

There were a constant stream of visitors to the stand, a lengthy queue to have their photo on the Instagram ‘#Hoppergram’ swing, and a few thousand women learnt more about what a great family of brands there are at Facebook. 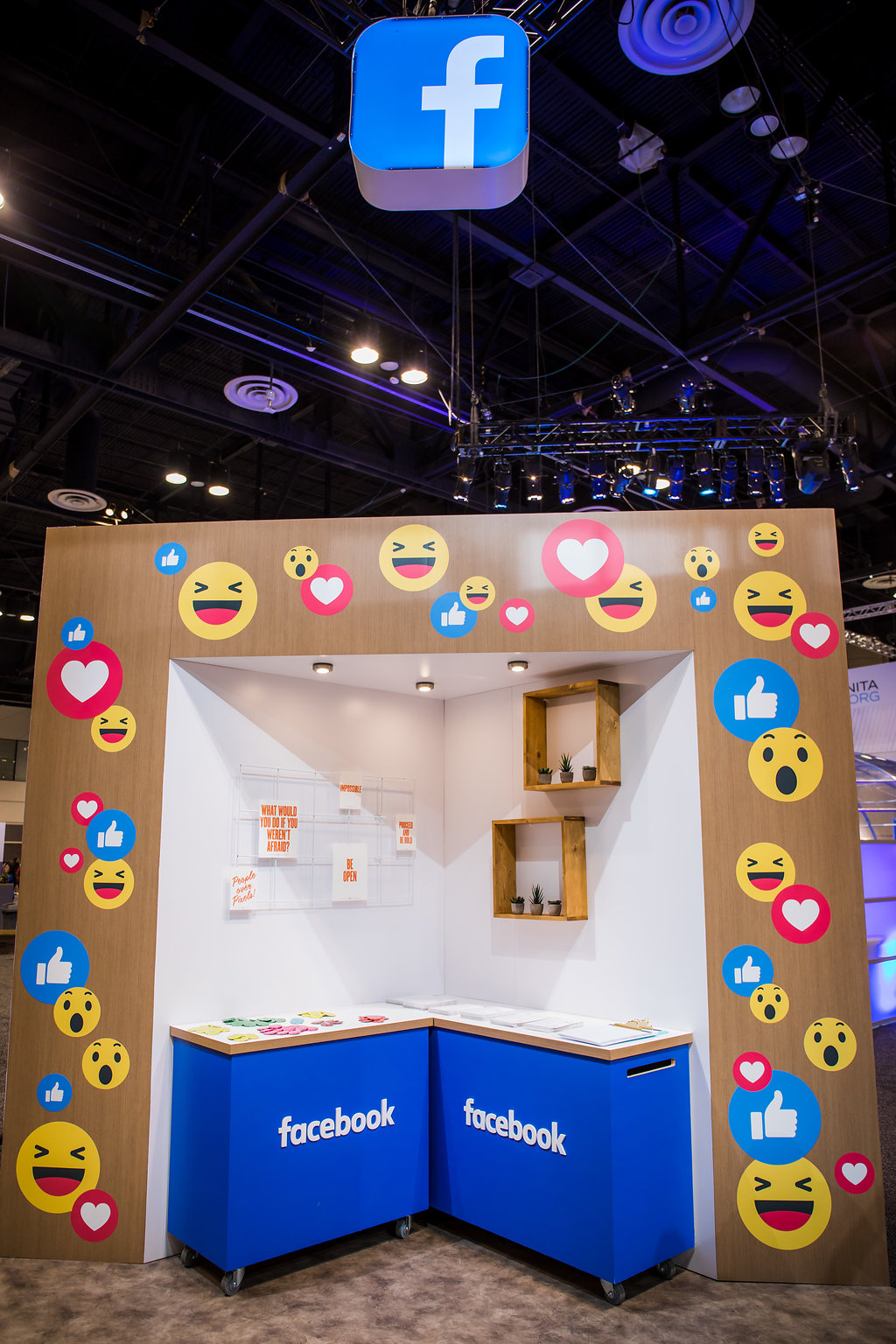 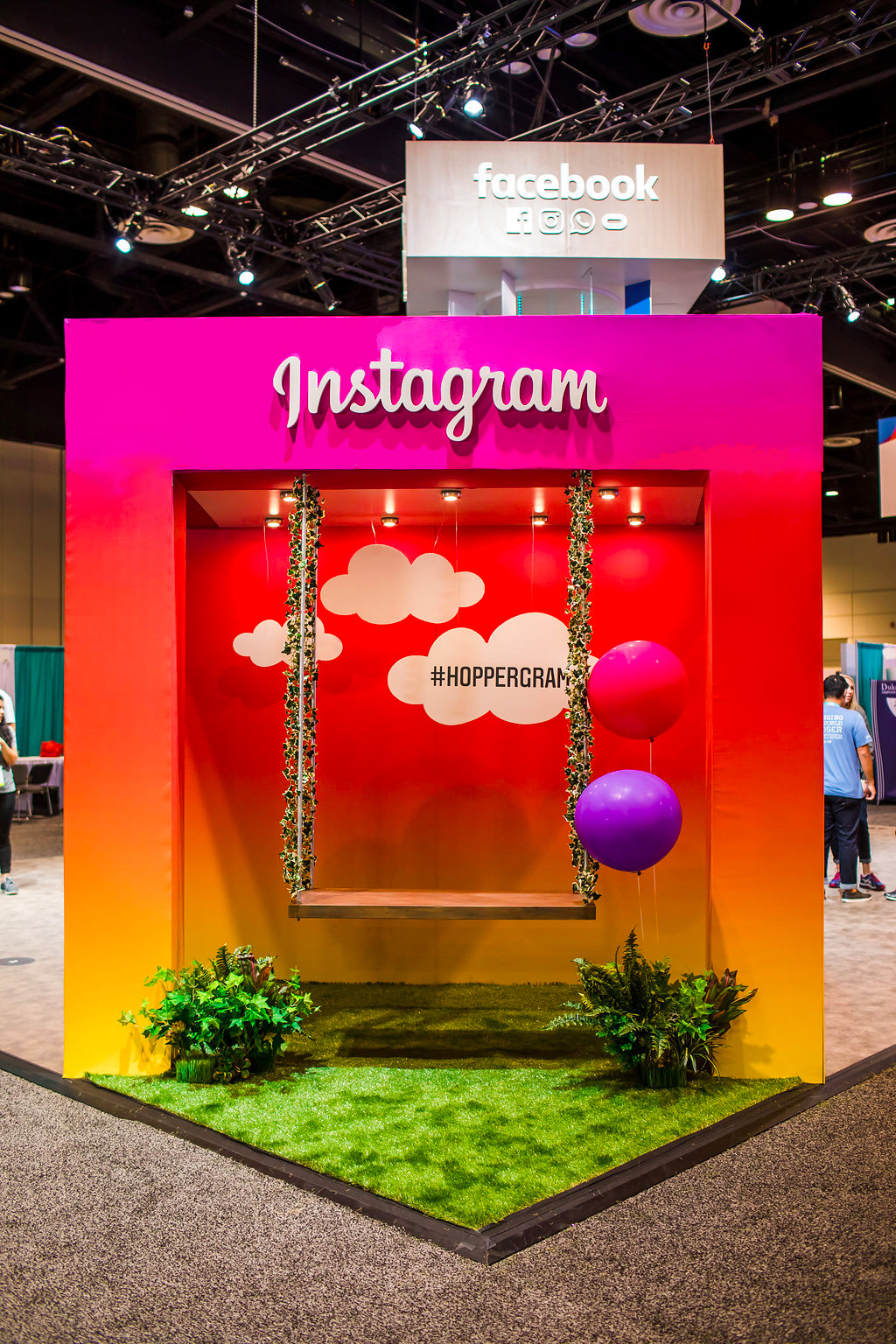 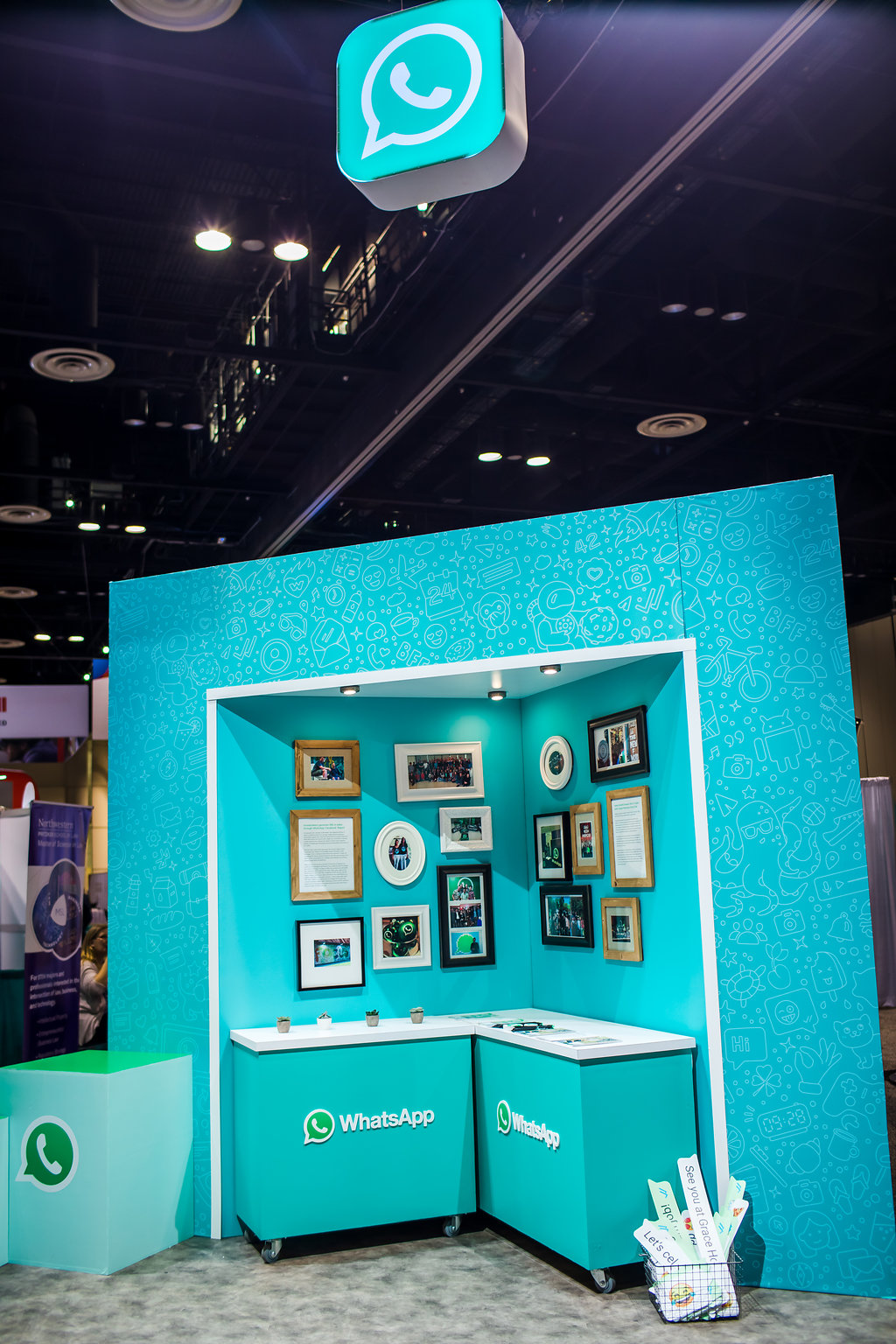 As there were a lot of brands at the exhibition vying for the audience’s attention, our creative strategy was to make everything as immersive as possible: The “[email protected]” wall of rotating cubes featuring a mix of images of Facebook employees and mirrors so that guests could see themselves up there with some of the most successful women in tech. There was also a giant interactive phone with WhatsApp messenger where guests could have fun telling their stories and aspirations, and the Facebook digital donation wall where guests could play a game and donate to their favourite charity to name just a few activations! 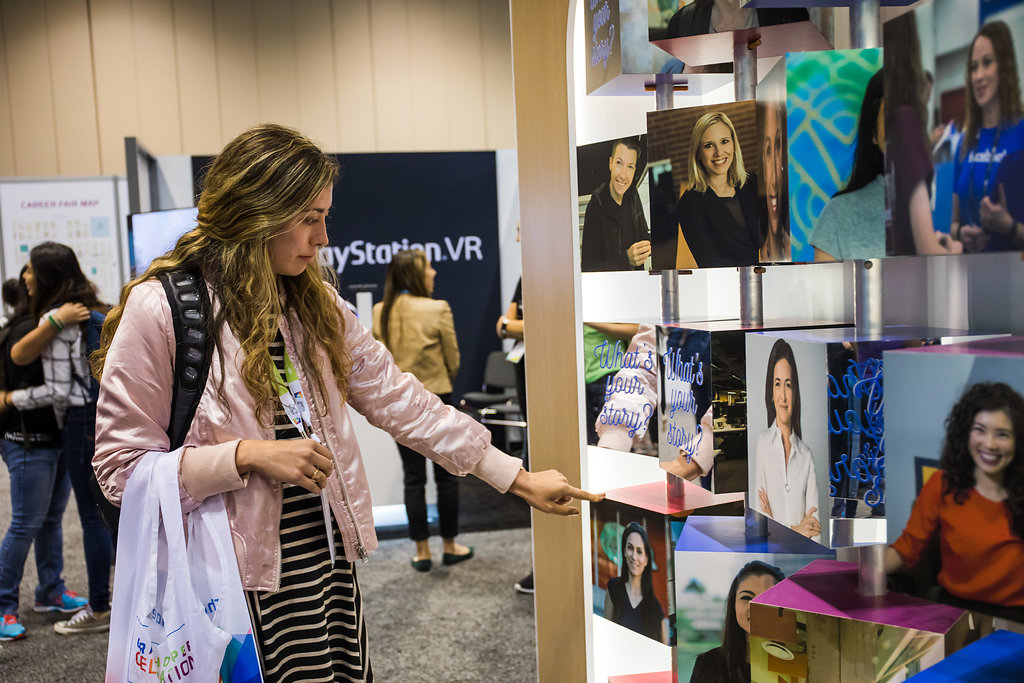 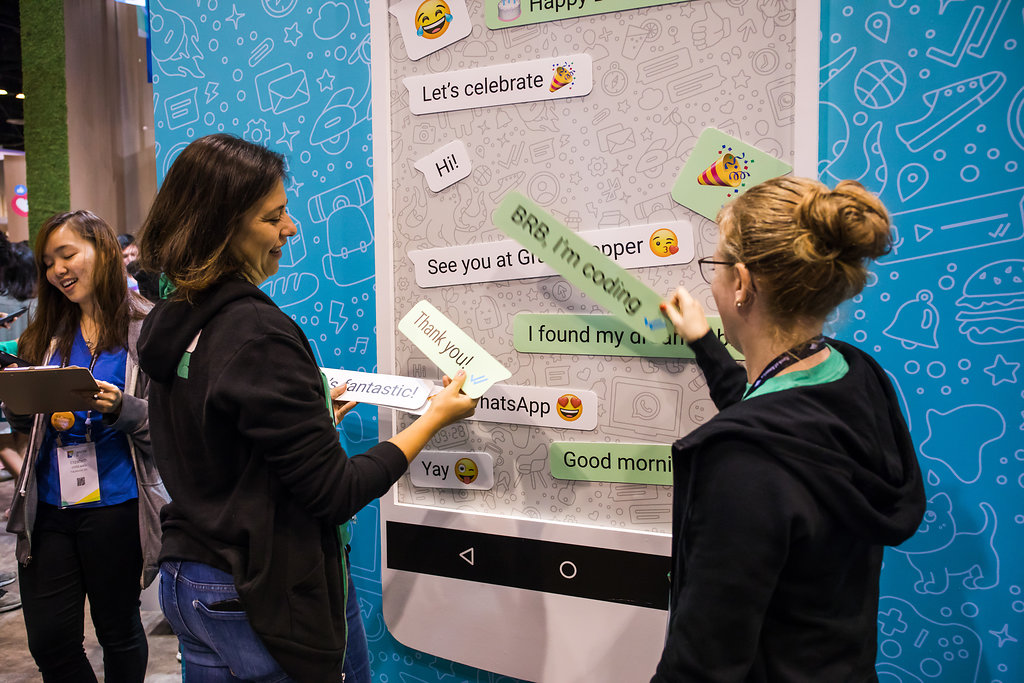 In addition to the exhibition stand we also had the exciting opportunity to produce the Facebook event space in the neighbouring hotel where guests could try the latest Oculus demo and/or attend one of the many tech talks on the Facebook stage.

When the doors opened following a three-day build there was a constant stream of visitors to the stand, a queue to have their photo on the Instagram ‘#Hoppergram’ swing (elevating the experience to n online audience of hundreds of thousands), and a few thousand women learnt more about what a great family of brands there are at Facebook. Job done. 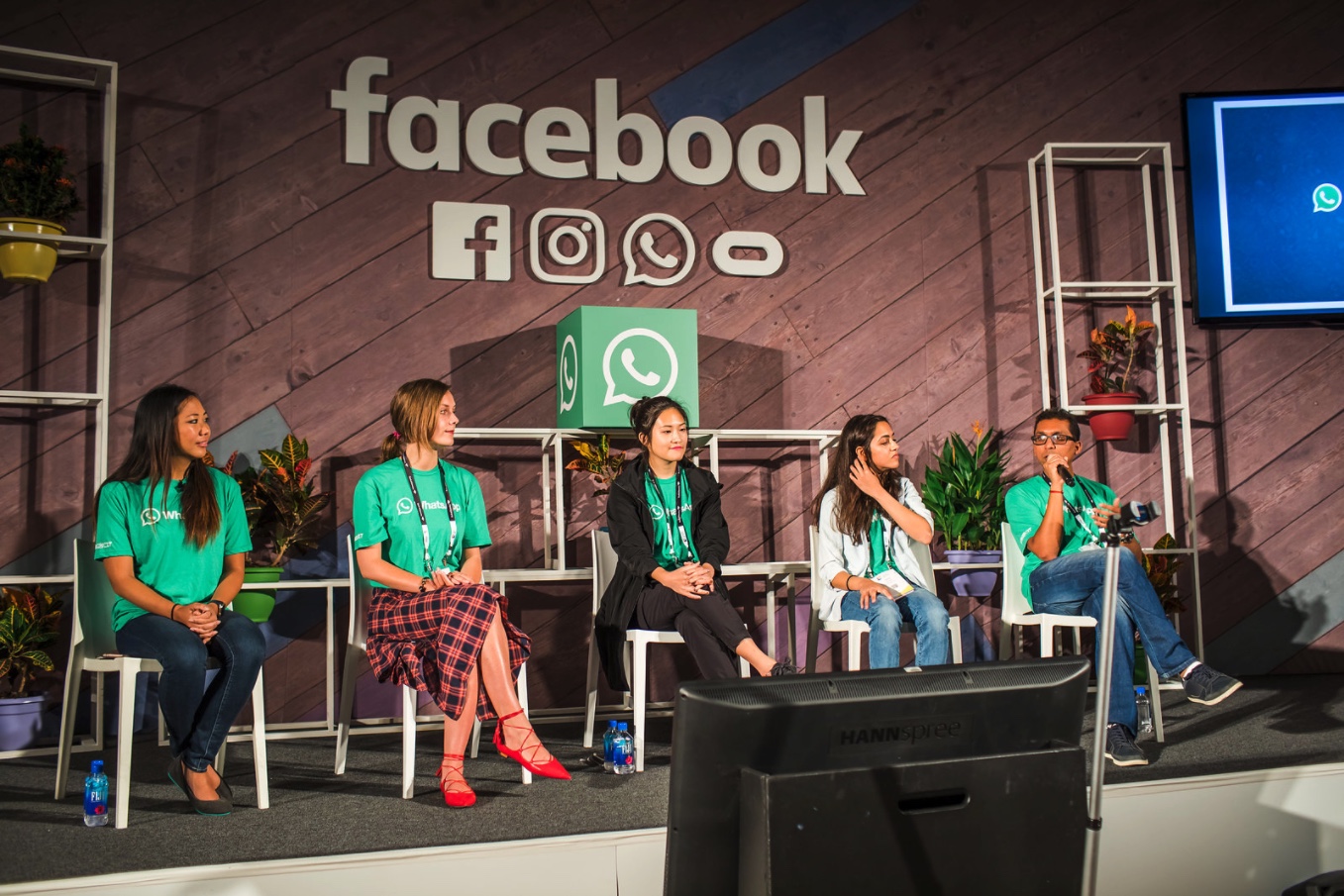